Curbside Pickup Available at All Locations! 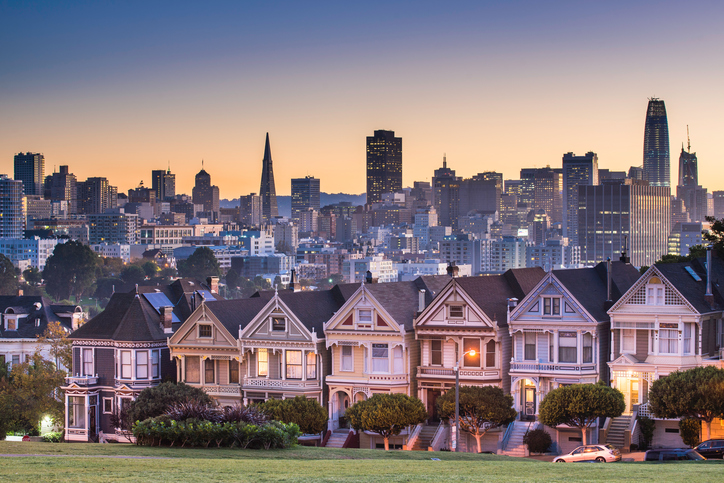 The architecture of the San Francisco Bay Area’s residential areas gives the city a look and feel all its own. Our team at The Moulding Company in Santa Clara, CA, has compiled some of the most popular architectural styles for homes in the area for inspiration to transform your own home into the style of your dreams. Whether you’re drawn to Italiante row houses, Spanish-influenced Monterey Revival homes, or extravagant Queen Anne designs, you’re sure to find homes aplenty in San Francisco to satisfy your architectural desires.

Reaching back to the late half of the 19th century, the Italiante style was popular across the U.S. Though originally built as simple, unadorned boxes, this style came to feature narrow windows with rounded tops, false parapet roofs with decorative edging, and multi-story octagonal bay windows. This style of home was primarily built of wood in San Francisco, unlike the stone used for similar construction in the East.

Stick houses grew in prevalence from the 1860s to 1880s, featuring thin wooden beams resembling sticks along the facades of the house. Stick houses can be relatively simple or feature more ornate decorations from trusses on the gables or other woodwork.

Queen Anne homes are the ultimate in extravagant design, featuring an abundant array of bay windows, decorated roof lines, flashy trimming, turrets, and more. This style developed around 1880 and combined many different elements from various styles.

Although developed in California, the Monterey Revival home style was heavily influenced by Spanish architecture with its adobe-style construction and red clay-tiled roofs. These homes are typically two stories tall and feature plastered exteriors, and tiled or shingled roofs and shutters. These design elements all contribute to a classic Southwestern look.

The Craftsman home design developed in resistance to the wave of manufactured homes. The Craftsman movement feared that traditional trades would be lost to machines, which spurred the elevation of homebuilding to an artistic craft. These homes are simple yet beautifully crafted, often featuring low-pitched gable roofs, wide eaves, and handcrafted stone or woodworking.

This style of home architecture developed in the Marina District in San Francisco, incorporating elements of both Mission Revival and deco. Marina houses are single-family homes that typically place the living room at the front of the house overlooking the street with bedrooms at the back of the house. The roofs of Marina style homes are usually flat and the back of the home typically features a sunroom with ample windows.

These popular home architectural styles and more are part of what give the San Francisco Bay Area its unique character and appearance. Whether your home already fits one of these styles or is of a different era or design, The Moulding Company can help you take inspiration from these styles to adapt your existing home for the design of your dreams. Let us help you craft your dream home!

Take your home from ordinary to extraordinary


Stop in one of our four showrooms to speak with our friendly and knowledgeable sales team. With nearly five decades of experience helping homeowners, they can assist you to improve the look and functionality of your living spaces.